In January 2020 Reneron has acquired two biogas plants in Latvia with a total capacity of 2,5 MWel. through distressed asset deal from institutional investor. Both biogas plants were in bad management and technological conditions, production was less than 16% of its full capacity, bankrupt procedure was started up

Acquisition of an existing business, securing funding, technical inspection and renewal of almost bankrupt power plants, arrangement and rehabilitation of technological processes, stabilization of feedstock supply, team building were the milestones achieved in less than a year

The first biogas project of Reneron team was landfill biogas project with the final capacity 1,6 MWel. and 1,8 MWthr. The project have lasted for several year and at the final stage biogas output from the landfill was reached 1100 m3/hour. There was laid 5 km biogas supply pipeline from the landfill to small town where thermal energy from CHP is being supplied to central heating system and heat up this town. There was also laid 3 km additional biogas pipeline to other biogas station where lanfill biogas is used for production of electricity and thermal production

1 foodwaste biogas plant with 1 MWel. capacity was implemented by Reneron team. This biogas plant is running on many different kind feedstock (food waste, 2/3 category waste, chicken manure and other hard feedstock). Thermal treatment (pasterization and sterilization) of 2/3 category waste, supermarkets wastes depackaging system were installed. All processes are acting inside the building, biological filter were installed, so no any bad smells around 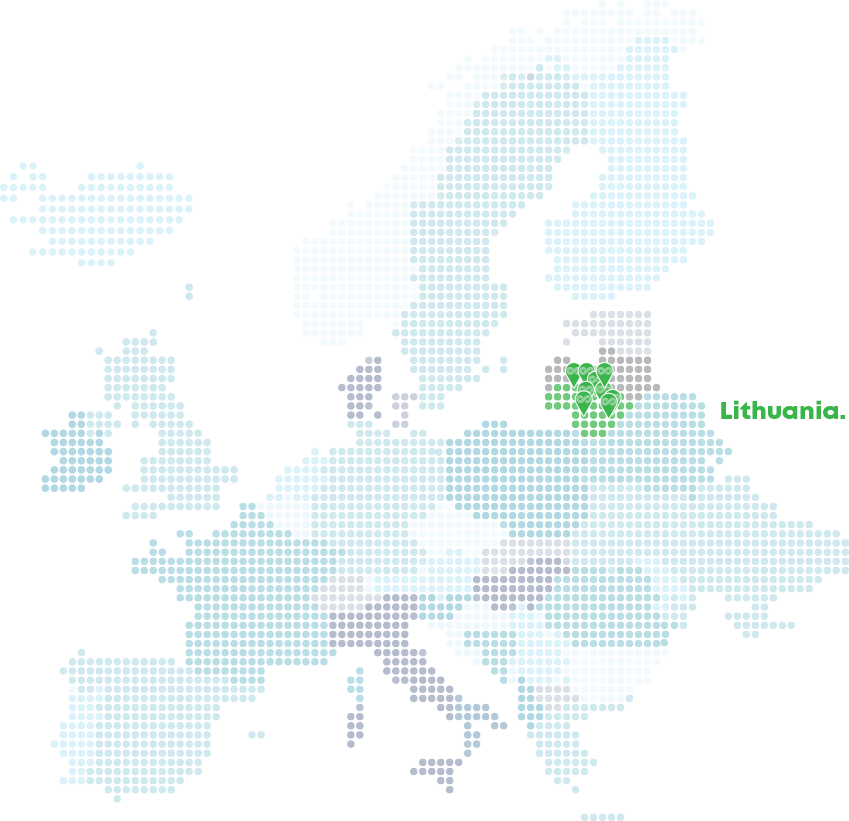